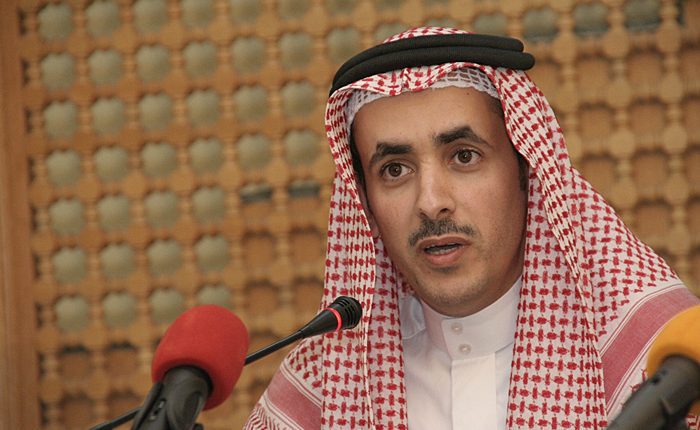 On the evening of Tuesday, Jumada Alawal 24th, 1430AH, corresponding to May 19th, 2008, Althulatha Cultural Forum in Qatif invited Jalal AlHaroun to review the history of Dareen which is in Tarout Island, Saudi Arabia. Jafar AlEid, the moderator, introduced the speaker who was born in AlKhobar 1976, and holds a master degree in Building Science and Technology from King Faisal University. He is a member in GCC Society for History and Archeology, participated in many heritage events and festivals, and delivered many several lectures related to this field. He has a number of works; some of which are “Qusat Dareen AlTareekhia; The Historical Story of Dareen”,  “Buloug AlMa’ali Fi Tarjamat Alsayyed Ibrahim AlSadah Wa Alsheikh Ya’aqoub AlTameemi” and “Qira’ah Mu’aserah Fi Tareekh Arab AlHoulah Wa AlAtoob; A Contemporary Reading in the History of AlHoulah and AlAtoob Arabs”. He, also, has a book in press entitled “Biography of Ibrahim bin Haroun, the Pearls Merchant; the Seventy-Fifth Year Anniversary of His Death”.

The lecturer referred to Dareen location which is in the south of Tarout Island in the Eastern Province of Saudi Arabia and how it was the major sea port to this Island before 200 years ago. He indicated that it lacked natural water sources at that time, and how it depended on a stream that flowed from Tarout headspring.

According to old documents that were gathered by the lecturer, Dareen was inhabited by AlJalahimah and Al Sumait. Those tribes were related to Rahmah bin Jaber AlJalahimah who used to live in Dammam, Saudi Arabia, whereas his son; Bisher, used to live in Dareen’s Castle which most people believe that it was built in 1886, but actually it was much older; proved by Bisher’s inhabitance to the Castle in 1830.

During the establishment of Saudi Arabia, Dareen witnessed many conflicts with Bahrain that sent a military campaign by Abdullah bin Ahmad Al Khalifa in 1833. This conflict resulted in the migration of Al Sumait to the Persian shores for sixty years, then, they inhabited Kuwait whereas AlJalahimah, led by Bisher, migrated to Masqat, Oman. Dareen remained uninhabited until 1871 when the Ottoman ruler; Ahmad Midhat Basha, visited it in order to topple the Second Saudi State.

The reestablishment of Dareen was in 1886 when disputes between rulers of Qater break out. That situation made 250 families, some of which were Bu Aynain, AlHaroun, and other families, move to Bahrain then to Dareen.

Moreover, AlHaroun explained how King AbdulAziz Al Saud associated Qatif and Alahssa to his rule in 1913, and signed an agreement with Dareen residents. Then, he appointed a prince, made many improvements such as establishing an airport, a department of customs and another one for passports as well as three centers for frontier corps. He appointed Sheikh Abdullah AlAnsari; of a Qatari origin, as a principal of the first regular school. All of that was done before the King left it out to pay his attention towards Dammam which resulted in the fade of Dareen’s role.

Through a visual presentation, the lecturer reviewed many historical documents and old pictures of prominent figures, religious leaders, and merchants. He talked, in detail, about the history of pearls trade referring to three categories working in this pearls business; major merchants, traders and sailors, and cleared the responsibilities of each category, before the end of this trade in the seventies of the last century.

Jafar AlEid wondered about the home of Al Sumait family before their settlement in Dareen, and the achievement of Sheikh Mohammad AlFaihani. AlHaroun indicated that Al Sumait family was related to Bani Utbah tribe from Basra, Iraq, and reviewed AlFaihani’s reforms as well as his restoration of Dareen’s Castle.

As for Mahmoud AlHajeri, he wondered about the current population composition in Dareen, and the lecturer stated that many tribes migrated from it to Dammam, Ras Tanoura, Khobar, Jubail and Dhahran, but several families stayed in it like Bin Ali, AlAmayer and AlDahaim which inhabited it recently.

Jafar Alshayeb, the Forum’s sponsor, asked about the reasons of life recession in Dareen due to adverse migrations although it used to be commercially active. AlHaroun said that many sailors who worked in transporting the employees of Aramco Company across the sea transformed to working in transporting them by land as well as many of Dareen’s residents working in Aramco moved to Ras Tanoura. He, also, referred to the migration to Qatar after the improvements in the situations there.

As for Ali AlQuba’ah, he referred to the weakness of sense of affiliation among Dareen’s residents compared with Qatif’s residents. The lecturer attributed this to the changing nature of life on the coasts unlike the life in oases which is more stable.

AlHaroun, also, answered Alshayeb’s question on the sectarian coexistence between Dareen’s and Qatif’s people formerly indicating that they went through arguments due to political, commercial and sectarian reasons during the rule of the Ottoman Empire.