As’ad Alnemer Lectures on Relationship between Mind and Body 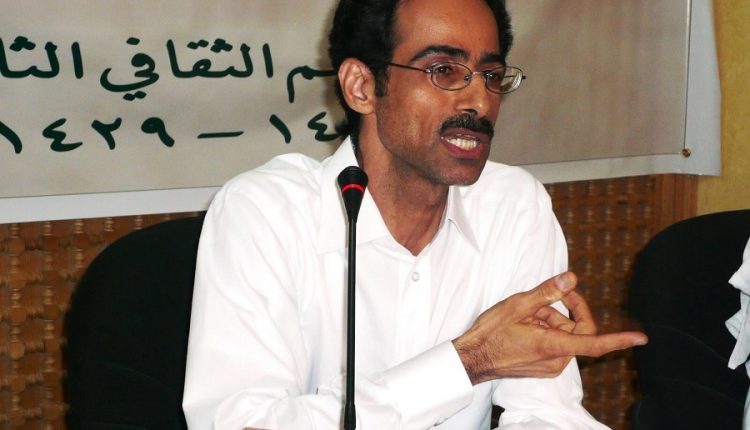 In the evening of Tuesday of Jumada Alawal 22nd, 1429AH, corresponding to May 27th, 2008,  Althulatha Cultural Forum socially receives As’ad Alnemer to lecture about the relationship between mind and body. Ameen AlTaruty, the moderator, introduced the speaker who holds a master degree in Psychology from King Saud University in Riyadh, in 1993 and works as a psychiatric counselor in Counseling Services Unit of Safwa City. Many of his articles and specialized viewpoints were published in local newspapers and magazines like Alkalimah and Alwaha magazines. He, also, has a comparative study titled “The differences between the two sexes in aggression in education and psychology” published by the Saudi Society for Educational and Psychological Sciences and published in 2001. In addition, he has many published writings such as “Aggression Psychology, For a Better Self-development”, ”Demons; Jinnis, in the Common’s Mentality and Interpreting the Psychological Disorder”, and “The Mind and The Body: When the Mind is an Effective Means  for a Life Less in Worry and Better in Health”, which is in two parts published by Riyadh Newspaper.

Alnemer initiated his lecture by mentioning his ideas in the two parts of the book referring to its importance among many academic studies and researches he had discussed. Moreover, he explained the reasons of why he did not discuss them philosophically and that is to know the relationship between mind and body, psychologically and physiologically. Then, he referred to the controversy between materiality and ideality followers in dealing with this existing relationship without ending with a result controls the health issues which are related to the psychological issues. This matter will lead to the recognition of the problems caused by the chronic disorders like nervous colon syndrome and ulcer.

Then, the lecturer spoke about the chapter of anxiety in his book which is considered a humanitarian phenomenon that stimulates many physical activities like dreaming, writing poetry and creativity. He explained, in detail, the human being gradual anxiety stages since the early years of one’s life; the individual starts thinking of the future, then, this thinking evolves to be fear from the current reality. He, also, explained that controlling the relationship between fear and anxiety is the function of the brain’s frontal lobe in a human being.

He referred to the second part of his book which is more specialized than the first one and in which he moved from speaking about the general aspects of the psychological knowledge to the specialized aspects related to the techniques like the relationship between the mind and the body as to health, and he mentioned the ulcer as an example. Alnemer, also, referred to the philosophy of physical medicine which deals, materialistically, with these specialized aspects and entirely attributes the illnesses to material causes like bacteria and viruses which were discovered in 1983. In addition, he referred to the philosophy of the psychological medicine which attributes the weakness of the immune system in resisting this virus to the psychological pressures. However, most medical institutions ignored this psychological aspect and confined on dealing chemically and surgically with the patient without putting into consideration that they are psychosomatic disorders affected by physical, social and psychological factors

At the end of the book’s second part, Alnemer indicated to the ways of dealing with these disorders through relaxation techniques by breathing or meditation correctly. Then, he showed an example for self-control through a comprehensive program which he set to help individuals of getting rid of psychological pressures.

After that the attendance raised many questions in the topic’s various sides and aspects such as connection between psychology and health habits of an individual. The lecturer mentioned that there is a strong relationship between psychology and those habits and he proved that with others viability to some negative habits due to their psychological state or wrong behavioral beliefs they were brought up with. He, also, referred to that separating the brain’s functions from the body’s is one of the most arguable issues in this field and he stressed on the importance of changing the wrong beliefs that is acquired by upbringing styles, as well as changing some of philosophical medical visions which reinforce some misconceptions in the relationship between mind and body, then, founding some ideas able of boosting this relationship positively.

Some of the questions were about the difference between psychiatry and educational psychology which Alnemer had answered in detail and he mentioned what psychiatry needs of specialized medical study and its branches like physiological, clinical, health and neuropsychology. He, also, pointed to the wide gap between this field and educational psychology which is for developing the psychological culture and he emphasized on the significance of unifying the efforts of specialists to bridge the gap between those two fields and dealing correctly with the psychological misconceptions.

Moreover, the speaker was asked about the most prominent existing issues in the society over this relationship; therefore, he mentioned two postulates which he believes that they are the bases for these issues. They are the direct correlation in the increase of the material pressures in increasing the psychological pressures, and the influence of the descending performance in dealing with these pressures due to the lack of experience. Then, he spoke about the inverse relationship between the slow cognitive and psychological development in the society’s mentality and the rapid social change. This situation creates an enormous gap between the actual reality and what it is really supposed to be.

One of the attendance discussed the educational absence of dealing with psychiatry and he referred to the fact of that many people admit their physical diseases and on the contrary they deny their psychological illnesses. He, also, stressed on the importance of educating people of it and the necessity of having psychiatrists in schools following directly the students’ problems and limiting their futuristic impacts.

Another one wondered about the difference between pathologic anxiety and creative anxiety. Therefore, the lecturer defined creativity which is the process in which the brain’s functions and the skills cooperate for developing new and uncommon ideas and he mentioned that the creative anxiety or healthy anxiety is the result of being exposed to a problem that requires looking for unique and creative solutions. On the other hand, exaggeration in response to this anxiety in a way it dominates the individual’s thinking turns it to a pathologic anxiety.

One of the questioned that were raised was about the required skills for controlling anxiety. So, Alnemer spoke about the impact of relaxation, exercising Yoga and meditation, as well as the effects of some vitamins and minerals like Zink and Vitamin B on the human being. He, also, mentioned the benefits of some herbs like chamomile and mint. Some of the attendance referred to the spiritual impact of remembering Allah the Almighty in comforting and relieving the heart indicating the Qur’anic verse “Verily, in the remembrance of Allah do hearts find rest”.

Hassan AlShihri, the regional director of Riyadh newspaper in the Eastern province, spoke briefly about Riyadh newspaper honor in sponsoring the book’s publication and he thanked Althulatha Forum for raising such important cultural issues.

At the end of the program, the moderator thanked the speaker and referred to his book as the book of the week in the Forum. Moreover, the attendance discussed some cultural news of the society. They reviewed the activities of Saudi Films Context by Culture and Arts Association and the Eastern province Literary Club in Dammam and which was inaugurated by Dr. Iyad Madani, the Minister of Culture and Information. The first place went to “Bakaya Ta’am” Film; Remaining of Food by Qatif Friends Group. They, also, referred to the symposium which was held lately by The Arab Non-Governmental Organizations Network in Bahrain over the efficiency of aids where the representatives of civil society organizations in the Arab World, some representatives of international donor organizations and governmental officials attended this symposium which lasted for four days.