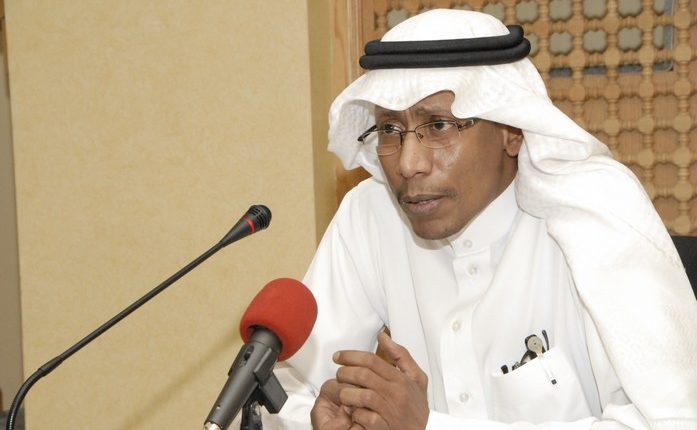 In the evening of Tuesday, Dhu Al-Qa’dah 29th, 1430AH corresponding to November 17th, 2009, Althulatha Cultural Forum in Qatif, Saudi Arabia, invited Dr. Abdullah AlTuwairqi, a former member in the Shura (Consultative) Council, in order to explore the experience of Shura Council with media and public opinion. Abdulwahab AlAraidh, the moderator, indicated that the lecturer is one of the most prominent journalists, and has distinctive views.

The moderator introduced the speaker who was born in 1961, in Makkah, Saudi Arabia. In 1984, he attained his bachelor degree in Media from King Saud University in Riyadh, Saudi Arabia. He attained his master and Ph.D. in Rhetoric and Political Communications from Southern Illinois University in the United States. AlTuwairqi was appointed as a member in the Shura Council since 2005 till 2009, and worked as a media adviser in the Royal Office as well as the Chairman of Media Department in the Crown Prince Office. He, also, headed the Media Department in King Saud University, and has many published researches and some books like “Modern Communication Science” and “The Press of Mass Society”.

Dr. AlTuwairqi talked about the influence of studying in the United States on him and its significance in showing him successful experiences in media that affected public policies; especially among the current generation who returned to the Kingdom with great enthusiasm for change. He reviewed the most prominent legislative obstacles in the Information Law; some of which are the worn-out regulations followed in Publications and News Organizations Laws which hindered the development of such institutions, and led to the absence of professional journalism, relying on favoritism and weakness of alternative cadres.

The lecturer called for creating an integral communication system that is available to all information institutions, and for converting all of those institutions into open joint stock companies that are run by elections and with transparency. He cleared that the regulations that are applied on the system of information must be practical, and cope with the huge development in the unconventional media communication means such as cell phones and internet.

Dr. AlTuwairqi reviewed his experience in the Shura Council at the last session which he considered the most effective one due to the Council’s openness to citizens, and concern of collective work. He, also, considered political development and public participation as the Council’s major tasks which should be carried out through communicating with the public.

The speaker emphasized that the Shura Council is concerned with regions’ issues, and believes that solving them would contribute in balanced and constant development confirming that real development is which aims transforming citizens from passiveness to effectiveness and productivity. He, also, pointed to how he benefited from his experience in the Shura Council in identifying the work approach of the political institution. He stated that there is a deficit in media in following the council’s work and members’ performance in presenting the policies and resolutions made by the council, and criticized the role of press because it could not push the council to be more interested in the public.

AlTuwairqi referred to the effective development in the council. Some prominent of these developments are the issuance of significant legislations and laws such as Anti-Corruption Commission, Civil Institutions laws, studying the laws of minimum wages and the rights of the unemployed. He pointed to the entrance of new concepts to the council like questioning the officials which was totally refused.

The lecturer confirmed the significance of mass media role in the society’s cultural and political movement, and stressed the necessity of media freedom in establishing civil institutions that supports information institutions in order to adopt social programs.

Ahmad Samaha emphasized the importance of benefiting from the competencies and talents coming from abroad as well as preparing local cadres in order to have real press. As for Zaki Abu AlSaud, he wondered about the Shura Council’s role in activating the act of non-governmental organizations and civil institutions as it is the most significant act that was approved by the Council. On the other hand, Muneer Alnemer, a journalist, said that he observed many positive transformations in local media through his practical experience. Jafar Alshayeb, the Forum’s sponsor, thanked the lecturer, and confirmed the importance of full election initiative in the Shura Council as well as in municipal councils, beside the significance of finding a proper mechanism for following regions’ issues and activating the relationship between the Council and citizens.