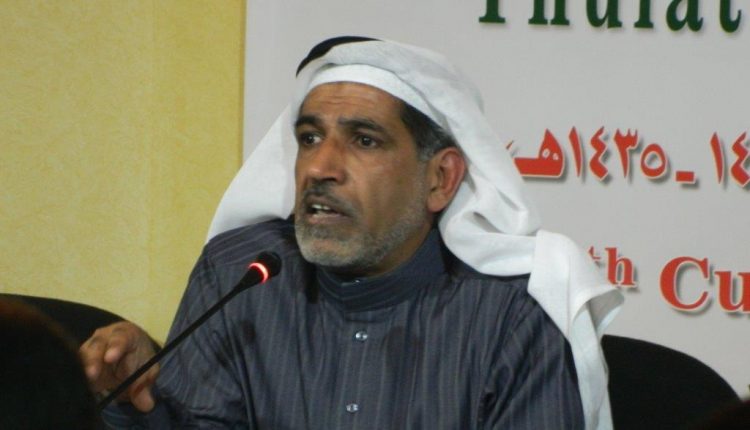 Althulath Cultural Forum, a weekly discussion forum in Qatif east of Saudi Arabia hosted on February 18, Dr. Tawfiq Alsaif, a political thinker in a lecture titled “Political Islam and the Challenges of Renewal”.

The lecture which attended by a large crowed moderated by Mirza AlKhuwaildi, a broadcaster who talked about the rise of Islamic movements in the Arab region which caused violent intellectual, political and security reactions. He emphasized that these movements have advanced from the Arab Spring to improve their positions and promote their trends which raised debate about the emergence of such movements and their intellectual tendencies, political discourse, their role in the fragmentation of communities in addition to their relationship with the national state.

Dr. Tawfiq Alsaif started his lecture by speaking about the rise of Islamic movements which coincided with the division in the Arab societies because of the stagnation of the existing political regimes and the emergence of new powers that represent citizens’ aspirations. Alsaif defined Islamic political parties as groups who adopt the trend of Islamic reference and aim to achieve political goals. He explained that Islamic political movements which raised during the Arab Spring and other political group are facing the same challenges.

Alsaif indicated that the stagnation in policies and systems in Arab region over the past two decade in a changing world was the cause behind the rising of political groups in the region. He pointed out to China for example which followed new economic policies that changed the global economic system and to Turkey which made genuine political changes. He added that the world is in the information revolution phase which causes dramatic changes in cultural field and scientific inventions.

He pointed out that the Arab region has been far from the political transformation toward democracy, and this in turn led to create a gap between the Arab region and the rest of the world. Alsaif explained that among the challenges which face the new political powers is to narrow this gap.

Dr Tawfiq Alsaif said that “the Islamists are responsible more than other political groups because they have different controversial issues, for example, most of the Islamic movements have worked as advocators in schools and mosques, while their political participation was confined in running some limited affairs”.

He said that “instead of representing certain believers, Islamists should represent all people and express their interests without any discrimination between them”. Alsaif pointed out that Islamists have not presented a clear idea about the state, where they have not clarified concepts such as democracy, rule of law, freedoms and equality that is applied to both Sunnis and Shiites religious movements.

He said that “supremacy of law and equality are the basis of the modern state, as well as rights of minorities, where pluralism is a natural status in societies, citing that Egypt as being a sectarian state in its royal and republican eras in addition to Iraq, Sudan, and the Gulf region”.

He spoke about the concept of equality in the modern national state, in which he said “the state is for the entire citizens”, pointing out that this concept is not common in the ideology of Islamic movements and Islamic traditional culture.

Alsaif concluded his lecture by observations which are associated with the current challenges facing Islamic political groups. He confirmed that the right to manage the state does not allow any right to dominate its resources as wealth, media and politics. Also people who support Islamic groups are looking for an alternative modern regime for reform and not for an authority which depends on applying traditional jurisprudence understanding, and finally the traditional representation of Islam is based on sectarianism and differentiation because it runs a doctrine and not a state.

He ended his talk by saying “Islamists have to review their intellectual thoughts and not worried about criticism because it is something necessary at this stage”.

In the interference attendance wondered about the impact of the Muslims’ Brotherhood failure on the rest of the Islamic movements, and talked about how the Islamists look toward individualism. They wondered about the reasons behind the failure of political Islamic groups, and spoke about the control of Islamists throughout the past periods and how they have excluded and oppressed other political forces as in Sudan and Iran.