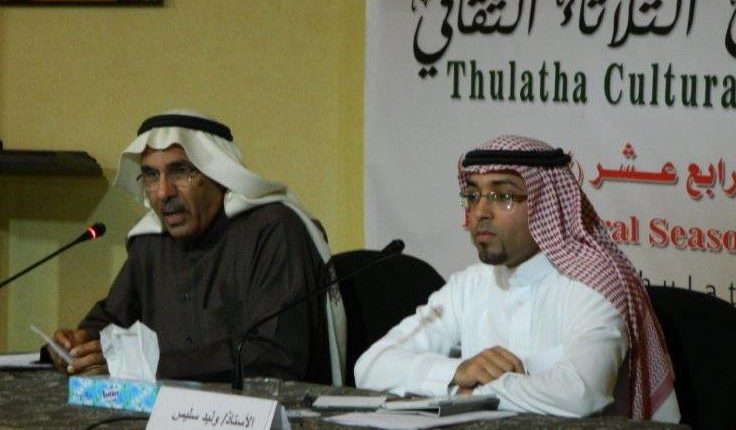 lthulatha Cultural Forum held a seminar on February, 11 titled “Analyzing Counterterrorism Law in Saudi Arabia. Zaki Albaharna, the director of the forum committee talked in his welcoming notes about the importance of legal analysis of the counterterrorism law and its financing. He said “Terrorism has become a public issue in the world. It has a direct impact upon citizens especially at this critical stage”.

The seminar was moderated by Walid Sulais, a human right activist who talked about the relationship between security and freedom. He stressed on the importance of giving priority to the political approach in order to balance between security, development and respect of human rights. Sulais indicated that people around the world are becoming more enthusiastic for freedom which is reflected positively on social security.

Dr. Ibrahim Almdemig, a lawyer and a member in Human Rights Commission spoke about the newly applied (counterterrorism law) and the recently released Royal Order. Almdemig emphasized on the subjects of national unity, political reform and confronting terrorism which are the aim of reformists.

He added that in order to achieve reform, citizens must participate in decision-making process through elected parliament which represents them and their aspirations. Almdemig said that “the previous plans for reforms such as establishing Shura and Municipal Councils have not met citizens’ aspirations, explaining that genuine political reform process is needed to address surrounding developments.

He also indicated that international and local human rights organizations criticized and analyzed the law while local media praised it. Almdemig said that “according to continuous official announcements, anti-terrorism programs have achieved a significant accomplishment in this regard which means that there is no need to such regulation and law to counter terrorism.

Almdemig said that “terrorism” has not been well defined in the new legislation, pointing that the law focused on “terrorist crime”. He explained that paragraph (a) of Article (1) expands terrorist crime to include (harming the reputation and the position of the state). Mentioning this act before the crime of (damaging one of the state facilities or natural resources) indicates that the law aims to limit freedom of expression”.

He also explained that “harming reputation and position of the state” is considered a general expression which may put different groups of people under the name of terrorism, adding that “the law showed the state as a holy entity that can’t be criticized or even talked about”.

Almdemig said that “the law does not differentiate between those who take up arms against the state and those who express peacefully for their rights,”. He emphasized that peaceful demand of women to drive a car can’t be considered a terrorist act”.

He also explained that defining “terrorist crime” as (any act intended to disrupt public order and security of the society) put criminal crimes such as murder and theft which threaten security of the community under the title of terrorism.

Almdemig said that “in an anti-government activity, suspects can also be held incommunicado for 90 days, and lawyers are not required to be present during the initial interrogation”.

Attendance wondered in their interferences about the relationship between the Royal Order which issued recently and Counterterrorism Law. They talked about the importance of presenting reform initiatives in the light of the ongoing changes in the region. Attendance pointed to the negative role which has been played by terrorists abroad where they are not fighting for freedom, but fight their opponents. They also stressed on the need for a law to promote citizenship and guaranty freedom of expression. Jafar Alshyeb, the sponsor of the Forum talked about the role of citizens in dealing with such laws and regulations. He also pointed to the role of human rights organizations, writers and intellectuals in educating people.